By Ronald Hanson
March 29, 2019 | 12:47pm EDT
Heads up! This article was imported from a previous version of The Campus Citizen. If you notice any issues, please let us know.

This story is a recollection by two Indianapolis residents to who knew Jamal Khashoggi when he lived on the west side of Indianapolis in 1977. All quotes are from them and they have requested their names be changed out of concern for their privacy and safety.

Karen, 58, was busily managing her day as the sales support representative at a Bloomington AT&T store when the news arrived last October. A Facebook message from a high school classmate Lynn, 58, popped onto the screen with tragic news about a mutual friend from nearly a lifetime ago.

‘OMG. I get an Economist letter daily for work and there is a paragraph about Jamal Khashoggi. He’s been missing and for about a week and it’s suspected he was murdered at Saudi Arabia’s Turkish embassy!!!  Google news reports.’

It was the most unsuspecting news that Karen could have imagined. Explaining to the co-workers and customers buzzing around her would be lengthy, plus it would be more than the tears she was trying to hold back could take.

“It was one of the worst feelings I’ve ever felt,” Karen said. “My heart felt like it sunk to my stomach. I couldn’t cry as I was at work.”

Sixth months ago journalist Jamal Khashoggi entered the Saudi Arabian embassy in Istanbul, never to be seen again. The only tangible evidence of his disappearance and murder being the security camera footage showing the Washington Post correspondent entering the embassy and a gruesome audio recording of his death.

Khashoggi’s murder by Saudi officials continues to be the subject of conversation and controversy.  Mohammed bin Salman, Crown Prince of Saudi Arabia is suspected of authorizing the killing. The Saudi government has denied his involvement.

For Karen and Lynn, his death stirs emotions and memories of a past friendship during a time when the three shared the innocence of youth.

Karen was Khashoggi’s next-door neighbor at the Gateway West apartments. She learned of his death from Lynn, who dated Khashoggi that summer.

“I remember him (Khashoggi) being the kindest person,” Lynn recalled. “I remember him taking me to work, to Silverettes (band practice) and going to the movies. I felt like they treated Karen and I like sisters.”

Throughout that summer Khashoggi was part of a larger group of Saudis who studied English at Marian College (now Marian University).

“The influx were mainly ELS (English Language) students from Iran and Saudi Arabia,” according to Sister Norma Rocklage OSF, Executive Director of Education Outreach at Marian University.  “They would stay here long enough to be able to speak English well. Some would return home while others would go onto to college.”

Khashoggi would attend Indiana State University in the fall of 1977 and was conferred a degree in business administration May 7, 1983.

It is unclear exactly when Khashoggi arrived in Indianapolis, but if 1977 Indianapolis was Khashoggi’s first impression of America, it meant living in the same time and place when a used car salesman by the name of Tony Kiritsis kidnapped and held hostage his mortgage broker, Richard Hall.

Kiritsis would later give a profanity-laced rant on live television with a sawed off shotgun wired to Hall’s neck at the west side Crestwood Apartments.

That May Khashoggi was living 2.5 miles from the Indianapolis Motor Speedway, the same year A.J. Foyt won his fourth and final Indy 500. If Khashoggi had driven his green TR7 over to the speedway, he would have witnessed Janet Guthrie become the first woman to drive in the Indianapolis 500, while simultaneously being exposed to the pinnacle of free market innovation and the hedonism of the snake pit.

Khashoggi returned briefly to Saudi Arabia in June. But he would land back in Indy in time to learn of Elvis Presley’s death.

Presley performed his final concert at Market Square Arena on June 26, 1977, less than two months before he would be found dead of a heart attack at his Graceland mansion. Lynn recalls having to explain the huge significance of his death to Khashoggi.

Summers high temperatures in Khashoggi’s hometown of Medina average 110 degrees, but in the August of 1977 Khashoggi was introduced to a new kind of summer heat - the Indiana humidity.

All of this took place while an Islamic revolution was brewing a half a world away in Iran. A religious driven revolt against the Pahlavi dynasty that would reshape  American’s perception of Islam and Middle East policy for the next three decades. Islamophobia was a term that did not yet exist in the United States.

“I didn’t know his politics, but I felt he was pretty moderate,” Lynn said.

Khashoggi’s Gateway apartment was surrounded by generational, working class families. Many fathers went to work in thriving factories named Allison, Link Belt and General Motors. The phrase “Rust Belt” had yet to be coined.

Others serviced the gas, water and electric utilities, delivered the mail and drove trucks carrying the products their neighbors produced.

Women’s economic and social role in American society was in transition, as moms moved out of the kitchen and into the workforce full time. With both parents working, a new generation of latchkey children were left at home to make adult decisions.

Khashoggi’s first look at U.S. television addressed America’s racial, religious, social and political turmoil through comedy with shows like All In the Family, Three’s Company, M.A.S.H. and The Love Boat.

It is impossible to know if Khashoggi’s Indy experience helped shape the social or political views he latter held. But it is certainly reasonable to ask how it could have possibly not. The seeds of western ideals had been planted.

However, this cultural exchange was not unilateral as Khashoggi and his roommates would share insight into their world through conversation, gifts and the most time tested tradition peace offering - food.

“They invited us over for dinner, including my mother, for their famous cupsa rice and chicken dinner,” Karen recalled in a text message. “We ate on the floor with our hands and put hot sauce on the food. It was one of the best chicken dishes I ever ate.”

Both Karen and Lynn lost touch with Khashoggi through the years, only to have him reappear in 2011.

“I’m in my house and I hear this name,” Karen recalls. “I run to the TV and who is it? Jamal. I ran up the hall and then I heard this voice. I always thought he had a strong accent. I don’t think I ever forgot him.”

“That was the first time I realized he was a writer because Karen told me,” Lynn said.

In the coming days pundits and politicians will reflect on Jamal Khashoggi, the journalist who advocated against the social injustices in his native Saudi Arabia. His alma mater Indiana State will memorialize him through an annual address. Others will sound alarm about his relationship with the Muslim Brotherhood, while some will cry foul how our leaders have failed to hold Crown Prince Mohammed bin Salman accountable.

His children will certainly remember him as a loving father.

For Karen and Lynn, the anniversary of his death evokes memories of old times, when a world was just as divided by faith and politics as it is today, but when all three were at an age when just being friends was all that mattered.

Karen holds vigil through a photo of Khashoggi as her Facebook profile photo. She doesn’t plan on removing it until there is closure in his death.

Lynn understood their teen romance was one not destined for the long term, but remembers their friendship as one of happiness that is now complicated by regret.

“I feel really bad now because I have two letters he wrote me after he left and I didn’t write back,” Lynn said.

By Jacob Calderon | May 2 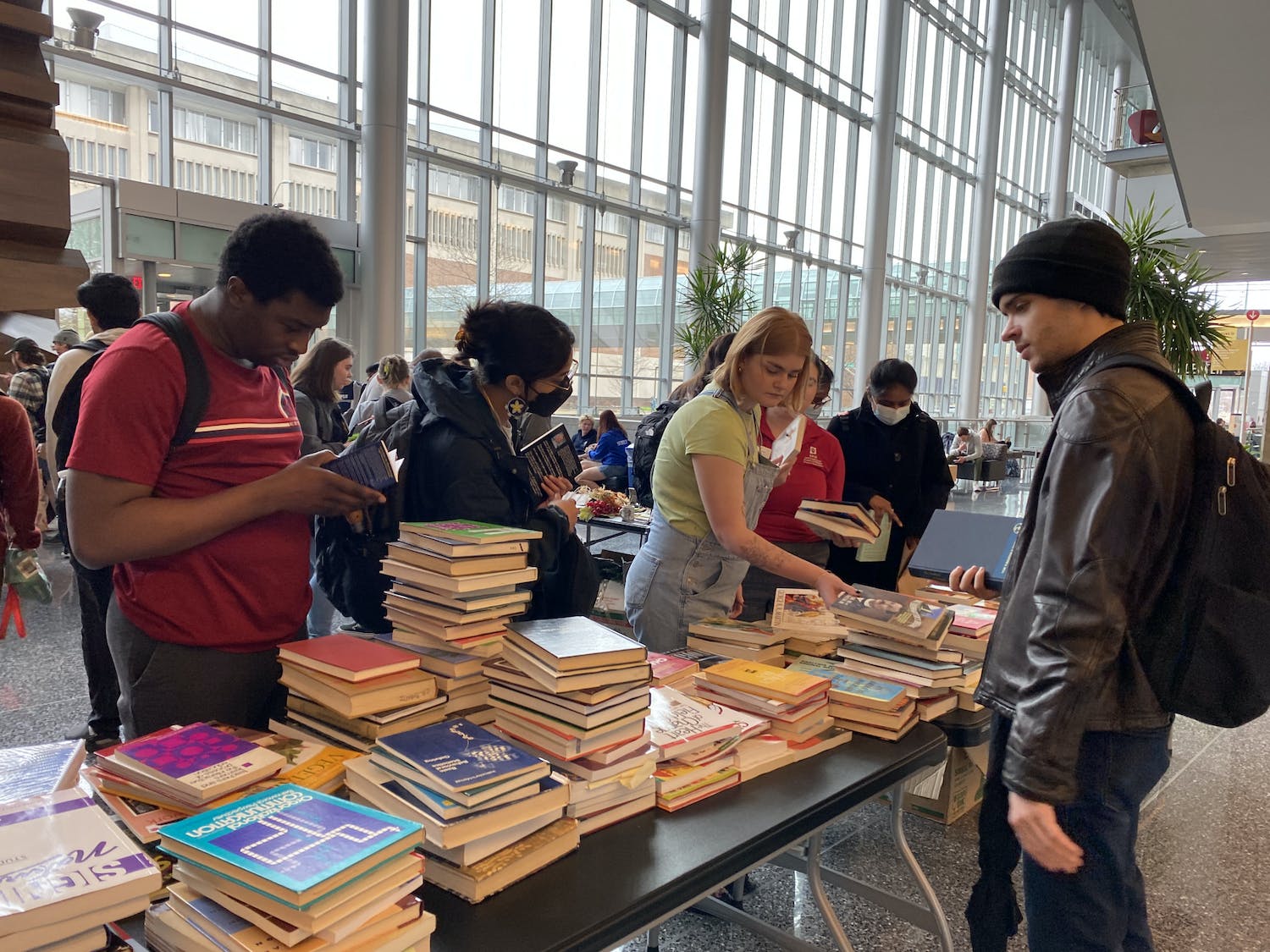