By Zenobia Weigel
October 6, 2019 | 7:46pm EDT
Heads up! This article was imported from a previous version of The Campus Citizen. If you notice any issues, please let us know.

Cooper Burton, drummer of Arcadia Grey, spoke about the band’s admiration for the small venue. Burton described it as their favorite venue in Indianapolis because it’s “really quite a wild experience.” The self-described “emo garage punk” band enjoys the unique atmosphere that Healer offers.

“There isn’t a crazy light show on stage for the bands, because there’s already so much to look at,” Burton said, referring to the varying art installations surrounding the stage.

Upon seeing the bands play in this psychedelic environment, everything he said makes sense. The one-year-old establishment offers a glimpse into an alternate reality that pairs well with live music. It’s an all-encompassing sensory experience.

After talking with Jordan Christie, a front of house artist, who was checking IDs and taking cover pay, it is clear that Healer is extremely active, hosting events several nights a week. It costs less than $10 to get in, there’s free parking, and there’s a wide array of artwork to explore for those who are curious.

“This space is meant to be inviting and offers an experience that is very stimulating,” Christie said.

The facility appears to be a former office space, that has since been filled with installations. There are colorful lights everywhere, small rooms that look like secret blanket forts filled with oddities, and some areas where patrons are encouraged to make an artistic contribution.

Despite the visual chaos, there is simultaneously a warm, welcoming mood that it brings. It’s nice knowing that there is a viable, creative escape in this growing city. Healer is definitely breaking some molds in the Indianapolis art scene.
Read More 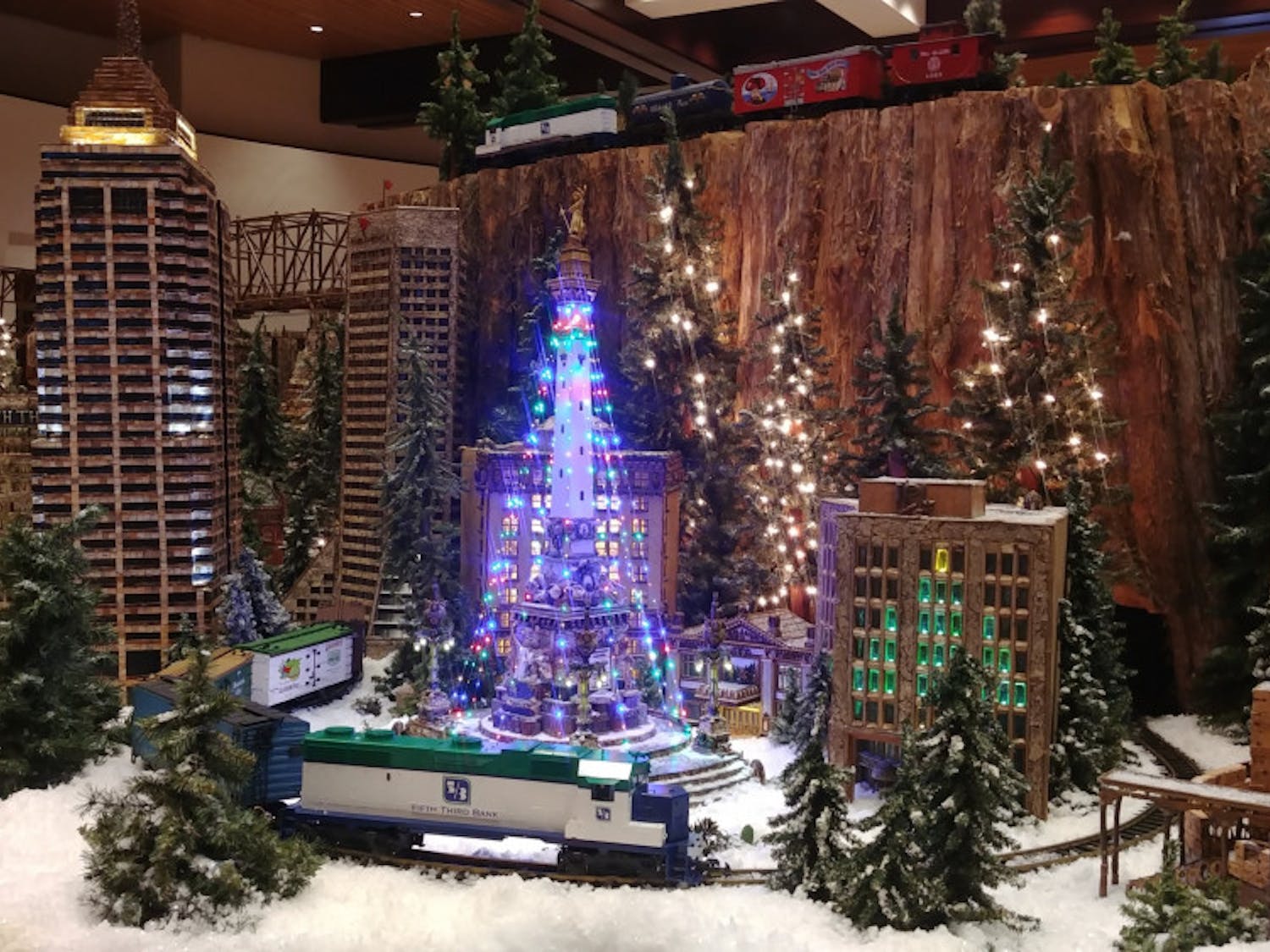 “The Fifth Third Bank Jingle Rails: The Great Western Adventure” is back for it’s 12th year at The Eiteljorg Museum of American Indians and Western Art. The display showcases landmarks throughout the American West while also paying homage to the city of Indianapolis.  The massive and whimsical ...