For New Owner, the Secret to Indiana Beach’s Future is in the Past

By Sara Couch
April 1, 2021 | 1:39pm EDT
Heads up! This article was imported from a previous version of The Campus Citizen. If you notice any issues, please let us know.

“Are you Gene Staples?”

Don Hurd called through his open car window at the lone figure sitting on a bench, looking over Lake Shafer. This was his first glance at the mysterious new owner of Indiana Beach, who had successfully evaded being identified by the media and hundreds of loyal park fans. That is, until Hurd decided to investigate.

Hurd, a longtime Hoosier journalist and owner of more than 20 hometown newspapers, had followed leads in the aftermath of the park’s shutdown on February 18, 2020, tracking down potential buyers in order to get some confirmation that Indiana Beach would be rescued. Staples’ name had been whispered as a prospective buyer, and when Hurd came across Staples’ email address, he introduced himself and asked for an interview.

Hurd made it clear in his email to Staples that he “wasn’t just out to scoop a story or announce something before Mr. Staples wanted it announced.”

“I think from the beginning, he understood my love for the park,” explains Hurd.

Hurd has been heavily involved in Indiana Beach his entire life. In 1978, he worked 80-hour weeks at the park as a “Coaster King”, and was the Director of Marketing for the park for a time.

Eventually, a late-night response from Staples appeared in Hurd’s inbox, and he confirmed that he had purchased Indiana Beach, but asked Hurd to keep it a secret. He promised Hurd that he would be the first person to break the story, and invited him to his cabin at Indiana Beach to talk about his plan for the future of the legendary park that means so much to countless Midwestern families. Hurd says that initially, he was skeptical of Staples’ ability to revive Indiana Beach. He had watched for years as the park weathered continuous mismanagement and neglect under corporate owners who cared little about the history-or longevity-of the park.

In 1926, Indiana Beach (then called Ideal Beach) was created in a cornfield in Monticello, Indiana. It was the vision of the Spackman family, who worked shoulder-to-shoulder alongside employees of the park for generations. Lifelong Indiana beach enthusiast Lynn Spinks can remember Mr. Spackman walking down the boardwalk, greeting park goers, never too busy to pose for a picture or shake a hand.

After the Spackmans sold the park to Morgan RV in 2008, Hurd says that rides were often closed down, and you could tell that the facilities were not being maintained. Spinks recalls that it felt like Morgan RV was mainly interested in running the park as a campground, and they could care less about keeping up with park repairs or implementing new attractions.

When investment company Apex Parks Group purchased the park in 2015, Spinks says there was initial excitement, since Apex owned so many other theme parks and would hopefully give the park the attention it deserved. Sadly, Spinks and other die-hard park goers were shocked at how quickly the park began to deteriorate. Spinks said that Apex largely ran the park from corporate offices out of state- hardly impressive to fans like her, who could recall kind Mr. Spackman touring his park daily, pointing out repairs to maintenance workers. For Spinks, Apex represented the antithesis of the Hoosier values that embodied the original spirit of the park. She described the day that she heard of the park’s closing as a “death”.

“It was devastating. It was like I lost a member of my family.”

Spinks says she has been going to the park since she was still in her mother’s womb. The park is filled with precious memories of Spinks’ childhood. For her, Indiana Beach is a living, moving memory bank, filled with nostalgia. When she rides the same rollercoaster that she and her Grandfather always went on together, she can feel his presence. According to Spinks, Apex was already auctioning off parts of the park and throwing memorabilia in the trash when they announced permanent closure. Spinks and her family were traumatized as they watched their “childhood being auctioned off” online by Apex. To this day, she feels sorrow when she recalls not having the funds to buy a ski-ball lane from the auction, one of the most historic, antique features of the park.

For Jerry DeRome, 70, announcement of the park’s shutdown meant the demise of a legendary Hoosier music venue, the Indiana Beach Ballroom. The Ballroom is where he says he spent “the most memorable night of my life.” In 1968, he competed in a battle of the bands in the Ballroom and came in second place. The prize was tickets to a Who concert, which took place the next day on the very stage that DeRome’s band had played on. DeRome and his friends got to the concert early and stood right in front of the band, “packed in like sardines”, gleefully relishing the pieces of smashed instruments that rained down on them that night. DeRome recalls that in the 40’s and 50’s, the Indiana Beach Ballroom was the go-to spot for sock hops and swing bands, and in later years, was a stop for big bands travelling between Chicago and other parts of the Midwest. The Ballroom attracted the likes of Janis Joplin, Alice Cooper, REO Speedwagon, the Beach Boys, and the McCoys.

As Don Hurd got to know Mr. Staples, he realized that Staples possesses much of the same vision that made the Spackman family so successful. Hurd says that Staples is often present at the park, and his children work conducting the train and working the rides, just as the Spackmans did. Staples worked alongside park laborers to prepare for a soft reopening in the summer of 2020. Hurd says Staples even honored the worthless season passes that Apex had sold to parkgoers just months before they announced the park would shut down. Hurd went on to say that Staples is dedicated to preserving the history and traditions of the park, while adding new attractions, such as an escape room and new rides. Hurd says Staples invested countless time and money on fixing the infrastructure of the park- an invisible, crucial aspect of Indiana Beach’s upkeep that had long been neglected by former owners.

Lynn Spinks is looking forward to working at Indiana Beach this year in the numerous projects she is involved in. You might spot her in the park’s new historical center, founded by none other than Don Hurd. She described meeting Staples as he was helping to get the park ready for reopening in 2020.

“He had his sleeves rolled up helping. He was helping get signs hung, directing traffic, helping figure out where things needed to be” says Spinks. “He was so genuine, and said ‘thanks for being here. I’m glad you care about the park.’”

She described how much it meant to her to shake Mr. Staples’ hand and thank him for saving the park she has spent so much of her life at.

“He genuinely cares. He cares about the authenticity and the americana of the park. I feel like it’s in really good hands with him,” said Spinks.

Don Hurd and Gene Staples have had many meetings since the day they first spoke through a car window at Lake Shafer. Hurd says that he now counts the park owner as a friend and trusts him “100 percent.” He says Staples has “brought so much energy into the park,” and cares about making it successful “for another hundred years.”

“When Gene does stuff, he does it right,” Hurd says. “He’s in it for the long haul.”

Indiana Beach will open for the season on May 22, 2021. Find season passes and information on attractions at https://indianabeach.com/ and on Twitter at https://twitter.com/indianabeach?lang=en
Read More

IU made the transition to Outlook in May in response to Google's price increase last year.

The Fight for Student Journalism at IUPUI

The Sagamore, IUPUI's old student-run news publication, ran from 1971 to 2009. It shuttered in 2009 for a number of reasons. The established difficulties of print journalism combined with administrative overreach produced a paper in an existential crisis - that lost its appeal to writers and readers. But it didn't have to happen. In fact, a former Sagamore editor successfully prevented it from shutting down thirty years before. 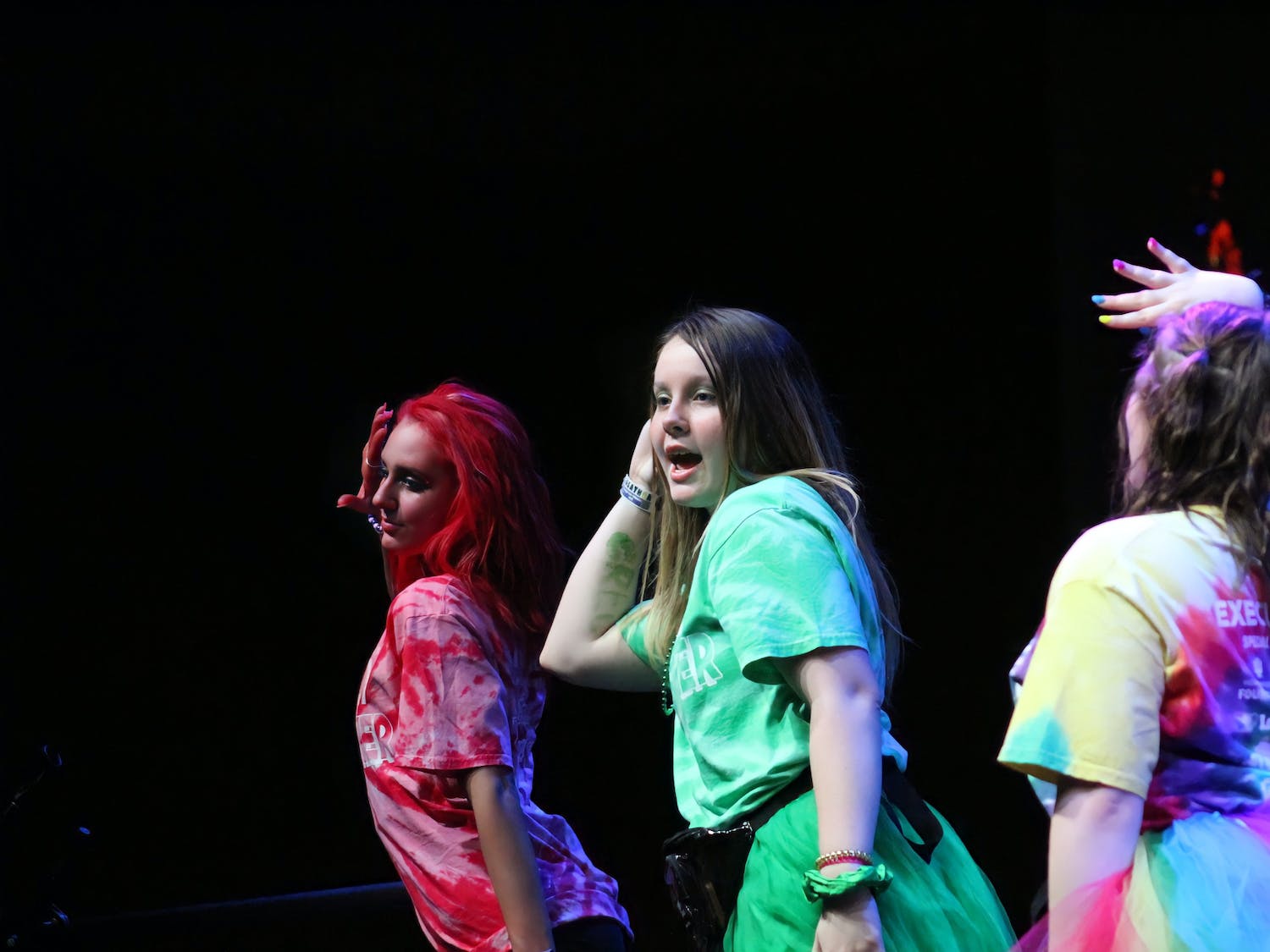 Jagathon’s long-awaited return to normality has finally come to fruition. The 15-hour event heralded as an annual highlight of IUPUI’s spring semester exemplified the same resilience its student body has displayed throughout the year.