“Dark Souls” wins the nomination of “Ultimate Game of All Time”

By Zane Bruce
December 27, 2021 | 3:30pm EST
Heads up! This article was imported from a previous version of The Campus Citizen. If you notice any issues, please let us know.

FromSoftware’s “Dark Souls,” a game infamous for its difficulty, has won Ultimate Game of All Time at the Golden Joystick Awards. The game first released on Sept. 22, 2001, but remains relevant due to its expert design and influence on gaming.

“Dark Souls” is set in a dark fantasy world that is caught in a state between life and death. This world is beset by a curse that turns humans into immortal undead, which are identified by a magical brand called the Darksign. If an undead is slain, it returns to life as a hollow, which is a zombified form of its human self. Over time and repeated deaths, hollows go mad. To deal with the undead and hollows, most human nations imprison them in asylums, and the game begins at an asylum in the far north.

The curse is tied to a deeper mystery and a conspiracy of the setting’s gods, who feared the rise of humans and these gods’ actions against humanity. Humanity in “Dark Souls” is both a metaphysical concept and tangible resource, which takes the form of a dark and wispy flame-like substance. With this, hollows can reverse their condition and restore their humanity. There are other uses for this resource in game, but its primary use is to reverse hollowing. According to the lore of “Dark Souls”, humanity is found on corpses, and undead can hunt down humans for their humanity.

The universal resource of “Dark Souls” is souls. Souls are acquired through slain foes, and are used for everything, whether it’s acquiring and upgrading equipment, leveling up, or learning spells. The lore of Dark Souls says that everything has a soul, not just humans. The more powerful the entity, the stronger the soul.

Death is an ever-present danger in “Dark Souls.” Players are expected to die, and to die often. When they do, they will drop their souls and humanity where they died. Players must then reach this spot to reclaim them. The souls and humanity they dropped are forever lost if they fail to do so.

This gives death a very real consequence. Dying repeatedly leads to potentially punishing losses of resources. This dropping of resources upon death has since appeared in other games, such as Hollow Knight, but is almost ever-present in all FromSoftware games. It is also what contributes to the perception of “Dark Souls’” difficulty.

Dying in “Dark Souls” is part of its learning curve, and every death is a chance to learn and improve. Failure leads to improvement and eventually mastery. Even if players lose their souls and can’t level up, their gameplay improves. They still “level up,” but it’s the player that’s improving rather than the character.

The combat in “Dark Souls” is snappy and responsive, and it has an element of resource management. Stamina is the key resource for combat and is represented through a meter and tied to a stat that can be leveled up. Attacking and dodging use of increments of this meter, and blocking attacks with a shield or weapon also see it depleted. The meter replenishes itself while the player isn’t actively attacking or dodging, and it is up to the player to figure out their economy of action.

This stamina system and its ebb and flow was taken and mastered by developer Team Ninja in their game “Nioh 2.” The “Nioh” franchise is one that is heavily inspired by “Dark Souls’” gameplay, featuring the same mechanic where the player drops their resources upon death. Instead of Stamina, the player has “Ki,” which follows all the same rules as “Dark Souls’” stamina, but “Nioh” gives the player abilities that let them instantly recover their Ki with well-timed button inputs.

Enemies also have Ki in “Nioh,” and attacks can damage both Ki as well as health. Both the player and the enemies in Nioh are left in a vulnerable state if they are struck with depleted Ki. This makes Ki a more critical resource to master in “Nioh” than “Dark Souls,” but it’s a striking example of “Dark Souls’” influence on other games.

When not engaging monstrous foes in combat, the player explores the grim and stagnant land of Lordran. Lordran was once the land of the now absent gods but is now paradoxically caught in a state between life and death. For instance, the player ventures through a ruined medieval bug overran with undead hollows, but vegetation continues to grow along the buildings. Anor Londo, the city of the gods, lies untouched by the passage of time, yet not a soul remains in its streets. What life remains in Lordran is sparse and often hostile.

It is through exploration of this bleak world that the story of “Dark Souls” unfolds. Instead of expository cutscenes or dialogue, “Dark Souls” relies on atmospheric storytelling. What dialogue exists is untrustworthy, with characters often only telling half-truths or outright lying to further their in-universe agendas. Instead, players must read the descriptions of items they find and observe where they found them to deduce what happened in Lordran. Even then, much is left to ambiguity.

To reward this breadcrumb trail approach to storytelling, “Dark Souls” incentivizes the player to explore the world and find weapons, armors, and other items. There are two optional areas in the game that are only accessed by thoroughly exploring the world. One of them requires backtracking to the tutorial area, which can only be returned to after exploring the game’s hub. Players can wander in random directions, and they will find something worth their effort.

Aside from the bosses and the hub area, there’s no music to accompany this wandering. The sound design of “Dark Souls” utilizes a somber ambience, complementing the overall tone of an almost empty, ruined land. Boss music always suits the boss thematically, whether it’s the energetic brass of a legendary dragon slayer or the melancholy piano track for a god who is a shadow of his former self.

“Dark Souls” isn’t without its flaws. In the initial release on the PS3 and Xbox 360 consoles, the game suffered from unstable frame rates. Some areas in “Dark Souls” are like ones found in “Demon’s Souls”, FromSoftware’s previous game, and lose a degree of shock and awe. For instance, “Dark Souls’” Blighttown, a disgusting shanty town in a poison swamp crawling with ghouls, is similar to “Demon’s Souls’” Valley of Defilement, which had even darker themes. One of the biggest criticisms fans have of FromSoftware is that they repeat the same sort of areas and themes across their games, such as poisoned swamps and grim, dying worlds.

“Elden Ring” is FromSoftware’s next game and is set to release Feb. 25, 2022. It is an open world game set in a grim, dark fantasy world. FromSoftware

collaborated with George R. R. Martin, author of “A Song of Ice and Fire,” as co-writer to create the mythos of the game. “Elden Ring” builds on FromSoftware’s established mechanics that began with “Dark Souls”, but also games like “Sekiro: Shadows Die Twice”, from which “Elden Ring” takes a jumping mechanic. “Elden Ring” is the first time in FromSoftware’s games where the players can fight atop a mount.

While most fans of FromSoftware’s “Dark Souls” series are happy to play another game, some aren’t thrilled about another dark fantasy world. Streamer and Indie Developer Marcus Sanders, known online as EpicNameBro, said he’s looking forward to the game, but also said that he is tired of the dark fantasy genre, which gained popularity alongside Dark Souls.

“Dark Souls” was not the first work to popularize the dark fantasy genre. “Berserk,” the manga written and

illustrated by Kentaro Miura, is set in a dark fantasy world rife with demons and the exploration of the worst and best of humanity. “Berserk” served as an inspiration for Dark Souls, and many monsters in “Dark Souls” can trace their design back to “Berserk”.

“Berserk’s” inspiration on Dark Souls goes beyond the terrifying monsters and grim world. “Berserk” puts its characters, especially the main character Guts, through some of the worst torture possible in literature. Despite this, the characters dig deep and press on, if just for a little longer. Much like in Berserk, “Dark Souls” players will be able to overcome any obstacle with persistence.

Miura passed away earlier this year. He left behind his story and world that inspired “Dark Souls,” which has since inspired even more pieces of art.
Read More 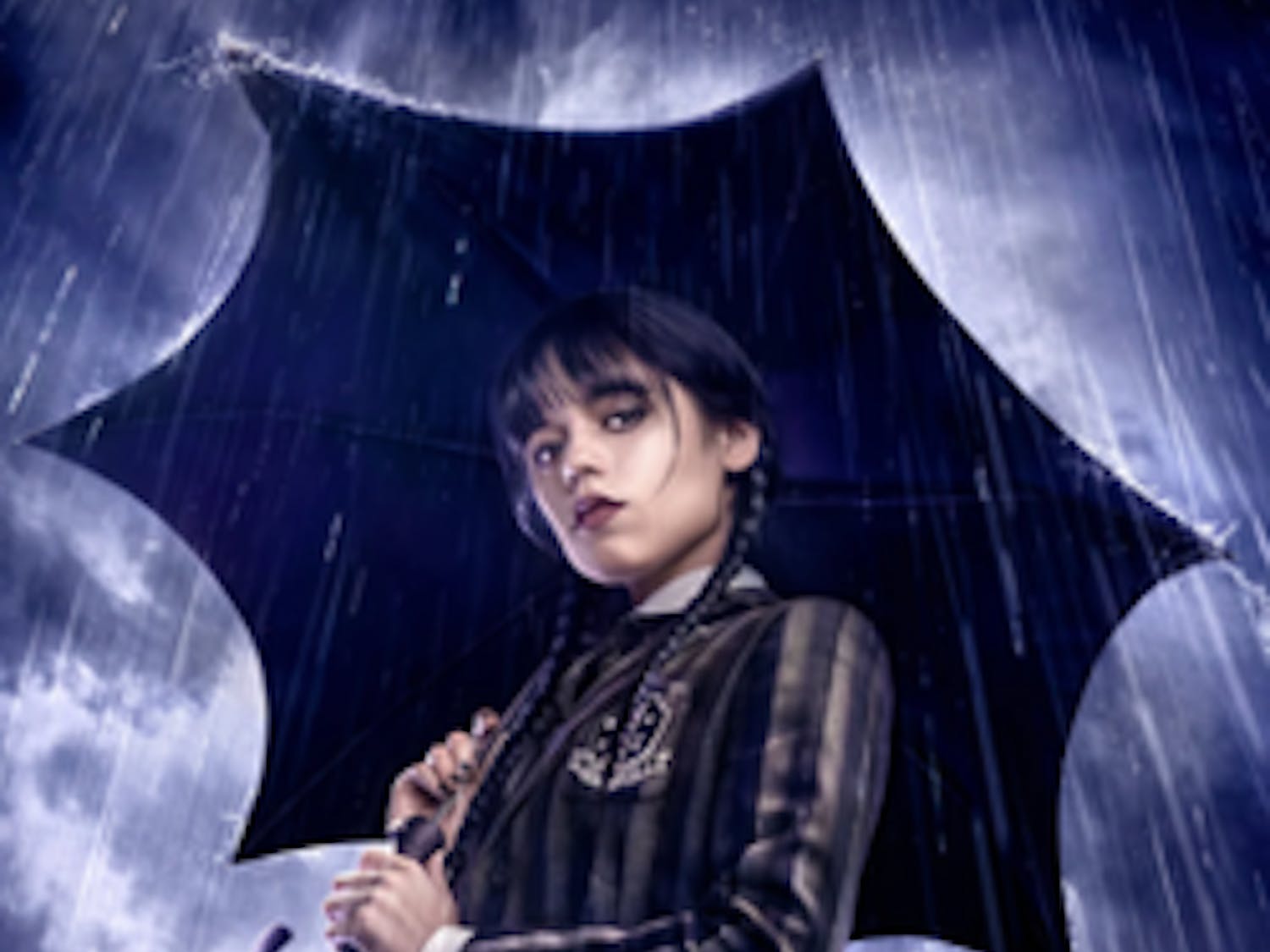