By Jacob Calderon
March 9, 2022 | 3:02pm EST
Heads up! This article was imported from a previous version of The Campus Citizen. If you notice any issues, please let us know.

“Sometimes, even what’s a loss is a win,” Foote, who has been living with HIV for over 30 years, said in response to House Bill 1032 not reaching a vote on January 31, acknowledging that updating decades-old HIV criminal laws is “not that simple.”

Currently, Indiana laws criminalize behaviors by people living with HIV that have been proven not to transmit HIV. For instance, Ind. Code § 35-42-2-1 contains a subsection that states a person will be charged with battery should they, “knowingly or intentionally place any bodily fluid or waste” on another person in a “rude, insolent or angry manner.” This section of code, generally referred to as “battery with a bodily fluid,” enhances a Class B misdemeanor into a Level 6 felony if the offender is HIV positive.

As Foote puts it, “If you and I are fighting and we’re screaming at eachother and I spit at you, that’s a crime in Indiana. – For you, assuming you’re not HIV positive, that’s a misdemeanor… For me, it’s a felony.”

Even though saliva is recognized by the Centers for Disease Control as unable to transmit HIV, Foote  – one of over 11,500 Hoosiers living with HIV – could face years in prison if found guilty of battery with a bodily fluid for spitting.

It is because medical science has evolved, yet the statutes impacting people with HIV have not, that bills like HB-1032 become a necessity for progress according to the HIV Modernization Movement (HMM), which Foote heads.

When some of these laws were enacted HIV was considered a death sentence.

“They were created in a time of misunderstanding and fear and stigma. So, we know better now and we're modernizing it.” Foote said, reflecting on the sheer amount of biomedical discoveries made since HIV criminal laws were enacted.

Today, HIV is a highly manageable chronic condition. According to the CDC a person with HIV can live a normal lifespan given appropriate treatment. Furthermore, with an undetectable viral load there is, “effectively no risk,” of transmitting the virus sexually.

The early years of the HIV epidemic represented a time when fear led to stigmatization, stigmatization led to criminalization and any chance of somebody with HIV experiencing the same life as their non-HIV counterparts seemed impossibly slim.

Yet, in a sense, Foote was saved when she first tested positive for HIV in 1988.

After dropping out of school and developing an addiction to heroin, she found herself living on the streets of New York at age 18. When her boyfriend passed away from endocarditis related to injection drug use, Foote was devastated.

“I was just ready to give up,” recalls Foote. “I was homeless and I was alone. I was on probation. If I had gotten arrested again, I would have done time. And that scared me.”

Exhausted from the lifestyle that follows habitual drug-use, Foote opted to accept an offer from her father to fly her out to a rehabilitation facility in Colorado. This is where Foote learned that she was HIV positive from a blood screening done during a routine physical.

“What saved me was the HIV, because I said to myself, you're already killing yourself out there slowly. Like, you know, indirect suicide with the heroin… and now you got this HIV that they say you're going to die from. If you go out there [leave rehab], you're really going to die. And actually, in an ironic twist of fate, it kept me in the drug program. So in a way this life threatening disease saved me, because I think if I didn't have HIV, I would have left,” admitted Foote.

From then on Foote, a self-proclaimed “doer,” refused to let the typical, late ‘80s HIV prognosis define her

“Because a lot of people with HIV were like, I guess I'm gonna die. Screw it. I'm not gonna do anything.” Foote chose to do the opposite. First by working in the food service industry, then by attending school. Many years of hard work later, she earned a doctorate in sociology and has been a professor at IUPUI for 20 years.

Foote’s advocacy for HIV may have stemmed from living with the disease, but her background in sociology provided her a unique perspective as to why laws with enhanced sentencing for HIV positive people have remained the same for so long.

“HIV stigma is a really powerful social force,” Foote explained. “It's multifaceted and that's where it's not just about education, and the facts and the science. It's linked to stigmatized groups: people who are gay, people who inject drugs, and that stigma is wrapped up in HIV because of how the epidemic began years ago.”

According to statistics provided by AIDSVu.org, an interactive online mapping tool used to increase awareness about HIV/AIDS, Marion County has among the nations highest rate of people living with HIV per 100,000. Of the 4,662 people identified as living with HIV in Marion County as of 2019: 49.1% were Black and 10.2% were Hispanic/LatinX, though these ethnicities only represented 35.7% of the population combined, at 26.4% and 9.3% respectively.

Foote’s explanation for the concentration of HIV positive cases in Marion County, roughly 590 per 100,000 people, compared to Indiana’s rate of 207 per 100,000 – or even the national rate of 380 per 100,000 – is that historically marginalized communities are affected disproportionately by epidemics.

On top of that, Foote sees negative elements of the criminal justice system intertwined with HIV criminalization across the U.S., noting that structural discrimination is the driving force behind minority groups being unequally punished by HIV laws, as multiple studies done by UCLA School of Law’s The Williams Institute, show.

She added, “If you have a crime against people with HIV, and then that population is disproportionately black, of course you're going to see more black people arrested, but that's a structural problem.”

For all the hindrances that exist within the Indiana code concerning HIV, progress has still been made. House Bill 1158, made it past the Indiana House the same day that HB-1032 died on its floor.

A silver lining for HIV advocates, HB-1158 is a public health measure aimed at updating outdated methods of reporting and investigating the activity of HIV positive people by health officers and physicians.

Additionally, Foote notes past success within legislation from previous years that “completely removed some of the stigmatizing language in the public health and criminal code when it comes to people with HIV.”

By updating stigmatizing terms like “carrier,” into “person with a communicable disease,” or the phrase “duty to warn a partner,” into “duty to inform a partner,” – what Foote refers to as “people-first language,” – positive change has begun to take root.

“We are people before anything else,” she reminds me, “just like other people with a disease trying to go about living their life, free from stigma, discrimination and criminalization.”

For Foote, hope exists in the fact that updating HIV criminalization laws is not a partisan issue. Although more Democrats seem to advocate for HIV modernization, Foote believes that the issue crosses party lines.

“You can't paint this as a blue or red picture, because this is HIV and it's a public health issue,” Foote said, adding that ending the HIV epidemic, “is in the best interest for everyone in the state of Indiana.”

“It's a disease that anybody can get. And yes, it disproportionately affects different groups of people that some people may not care about. But the thing is, we actually do have an incredible amount of support among the Republican Party for what we're doing.” Foote said.

While legislation is one step towards eradicating not just HIV stigma, but also the barriers to testing, care and prevention, it’s not the only method of enacting social change.

According to Foote, those seeking to become advocates should, “learn about HIV and educate others just on the basics of where we are today with HIV, how it's transmitted, how it's prevented, what it's like for a person living with HIV. Encourage people to get tested, know their status, educate your legislators and make sure you're registered to vote.”

To gain a better understanding of HIV’s impact on the world, IUPUI students can enroll in SOC-R 385, “AIDS and Society”, taught every fall by Dr. Carrie Foote, herself.

Opportunities are also available at the Damien Center for those interested in making an impact on Indianapolis’s HIV community through volunteering.

“We had folks in there advocating for us who you don't always think are gonna fight for you.” Foote said, nearly in tears, choosing to remain grateful regardless of the disappointing result on HB-1032 at the Indiana House.

Though legislation may remain the same for the time being, change is seemingly on the horizon.

“Every year we win a few more hearts and minds with our advocacy.” Foote said with fervor amidst the face of defeat.

To put it her way, sometimes what’s a loss is a win. For more information on HIV Modernization Movement - Indiana, please visit their website. 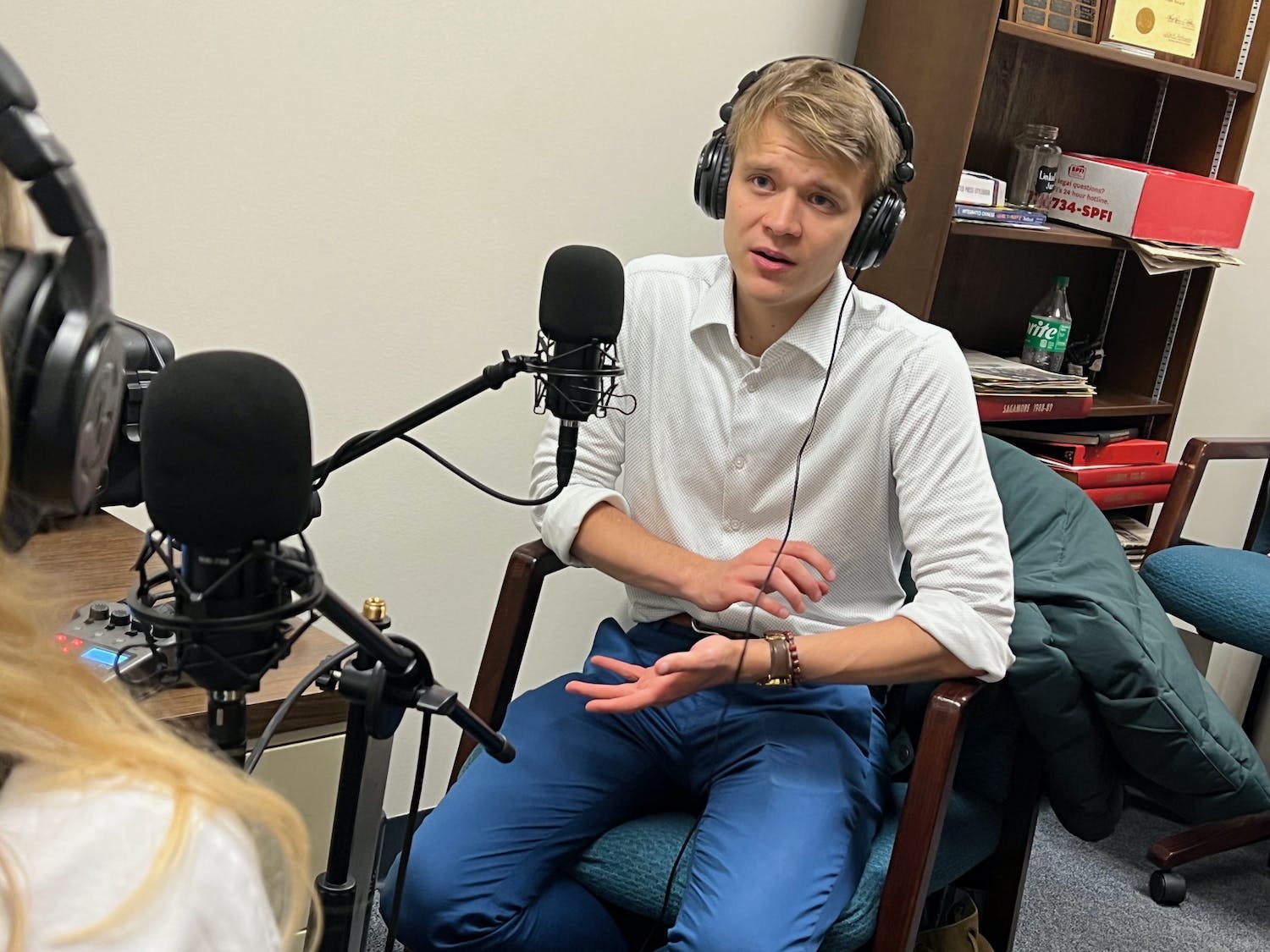 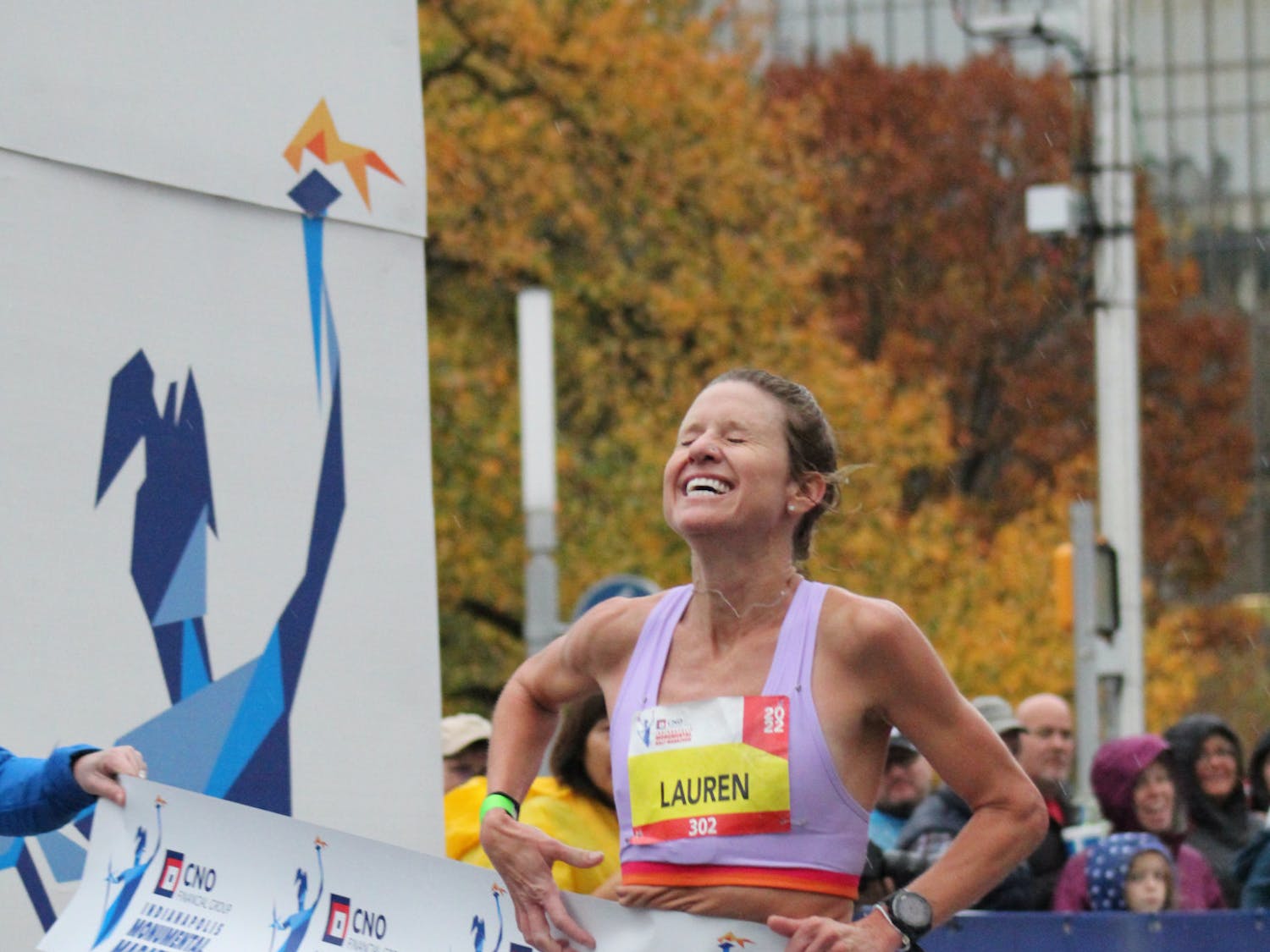 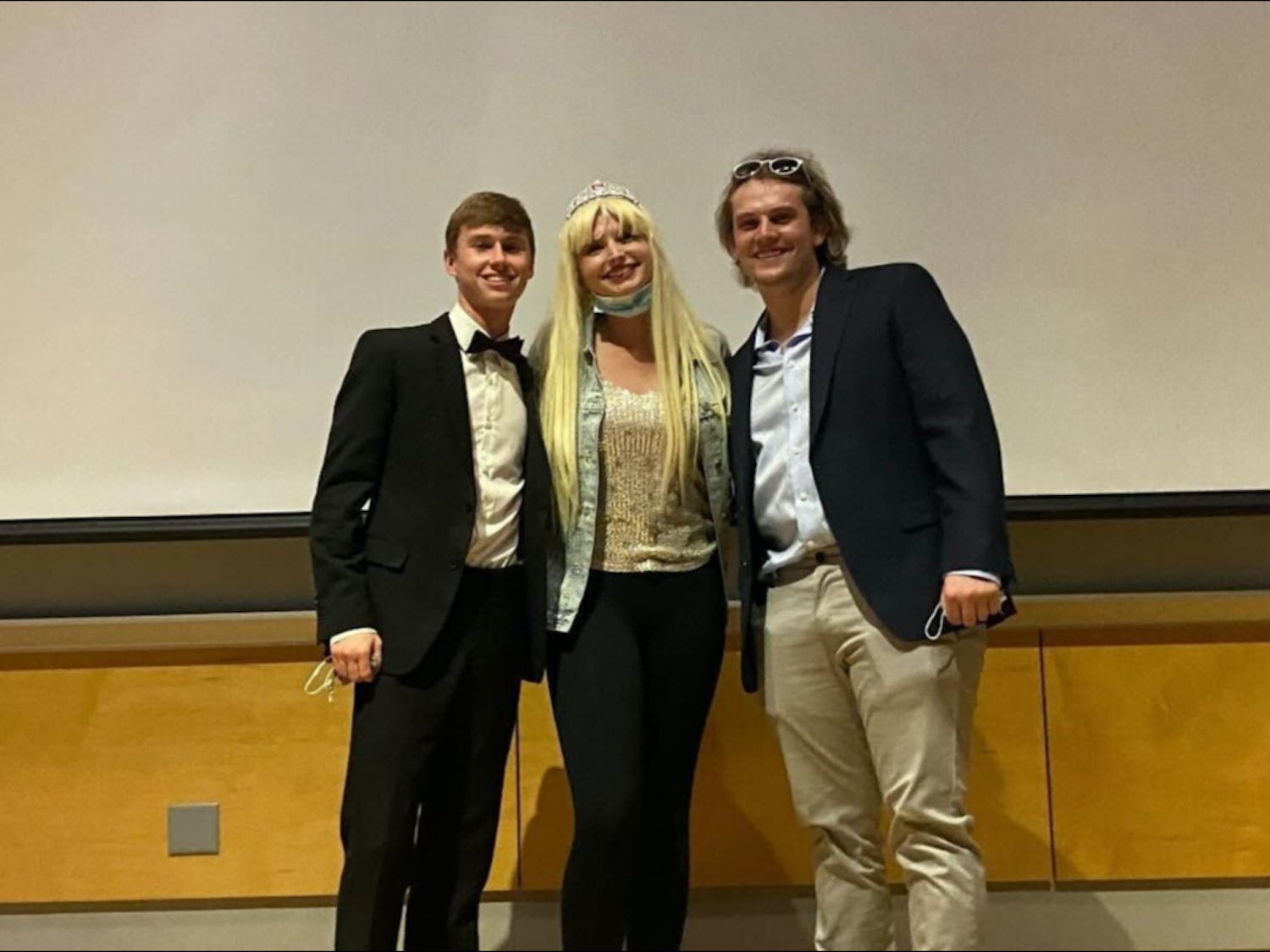