Myra Kivett is a senior at IUPUI studying communication studies. She is also a singer-songwriter, having just released "Guys Like You" with Round Table Recording Studio.

Her great-grandfather held roots in the Slovenian polka community as he played in a polka band for about 30 years. His love for music was passed down to his grandson. Kivett’s father was a disc jockey at Dick Clark’s American Bandstand in Indianapolis and released music in the 1990s, which served as a source of inspiration for Kivett. Even on the other side of her family tree, Kivett had musical influences from her maternal great-grandfather, who she describes as a multi-talented musician who played saxophone for Benny Goodman in the 1930s.

Her musical inclination stems from her familial experiences in more ways than just history. Her grandfather was impacted by aphasia at the end of her middle school years after a tumor removal. According to the Mayo Clinic, “Primary progressive aphasia is a type of frontotemporal dementia, a cluster of related disorders that results from the degeneration of the frontal or temporal lobes of the brain, which include brain tissue involved in speech and language.”

Their research finds that dementia patients can be benefitted, both in terms of emotion and behavior, by singing or listening to songs. Alzheimer’s disease does not damage key regions of the brain that are linked to musical memory as severely, which causes musical memories to remain preserved.

“He had the tumor removed, and after that, he started acting differently,” Kivett said of her grandfather. “He eventually started losing the ability to talk and communicate, and eventually lost the ability to eat.”

Kivett shared how she and her family were able to keep a positive outlook during this difficult time.

“I think when you’re in any circumstance where something goes downhill, it’s easy to look at the negatives in the beginning,” Kivett said “We didn't really know how much time we were going to have left with my grandpa, and so we really had to keep a positive mindset. Even though he wasn’t himself, he knew that something was off and if we acted down and gloomy, he would have felt that energy.”

Kivett and her family would always attempt to communicate with him whenever they were with him, whether that be through talking to him or through music.

“I would say for anyone going through a circumstance like that– even if it isn’t through the use of music, which I do think music is very powerful and can be used to bring people together– that it’s just one of those things where you have to keep your head up and just try to connect with them to the best of your ability,” Kivett said “Music is a great way to do that. … Listening to music that they love is really a way that you can see life in them again.”

“It got difficult, but growing up, my grandfather always came to all my piano recitals. Whenever he was at our house, he would give a thumbs up because he couldn’t articulate it.”, Kivett said. She would offer to sing and play the piano for him, often selecting songs from the 1950s and 1960s. Even though they could not speak with each other, music was their connection as something they had a mutual appreciation and love for.

This was not Kivett’s only experience seeing how music can impact the elderly. She also played in the memory care unit at a nursing home; she remarks that most of the residents did not recognize the people around them, or even their own names, but they knew all the holiday songs that Kivett performed.

“To be quite honest with you, I don’t think that they probably remembered that I came and played. But I think just playing for them in that moment, I think it helps lift their spirits, even if they don’t remember that it happened,” Kivett said

After her experiences with her grandfather, she began to pursue music professionally.

“I have 275 songs. It’s hard to keep them all in line, but each one makes me better,” Kivett said.

Everything and anything influences her music. Kivett draws inspiration from moments and events in her life. Her most recently released song is her official debut single titled “Guys Like You,” which was recorded at Round Table Recording Studio in Broad Ripple. This single was inspired by her close family friend who was cheated on, written from her friend's point of view. Kivett has been working on her marketing plan, and students can see her promotional posters for “Guys Like You” posted at various locations around campus.

Kivett balances a full course load through IUPUI’s BA/MA program. Her schedule during the school year is often hectic with academics, so Kivett utilizes her summers to focus on music. This past summer, she recorded six songs along with music videos. On the topic of balancing music and having typical college experiences, Kivett reminds herself of what she wants at the end of the day and uses that reminder to prioritize her time for music.

“I’m a busy-body, I can’t help getting involved!” Kivett said. “It is easy to get into the flow of school and involve myself in every single thing, just because, I mean, I am a communications major– I do love communicating and being around people, so at points, it is hard for me because I love music and I love sitting down and writing but I also love being around people. I think that’s the hard part– I have to balance that. I have to remember what I love and what I want to do with my life but at the same time, … I still want to be able to have those experiences. It’s hard balancing work and play because personally, music is play to me.” Kivett said.

Her next steps involve prioritization with her career. She hopes to continue releasing and marketing her music. Kivett has also been working on marketing campaigns online to grow her online following.

“I love music and I just love writing from my heart. If people can relate to what I have to write about, then that’s really special to me, and ultimately what I hope to do at the end of the day… and to not be broke.” Kivett said with a laugh.

Kivett is passionate about sharing her story, and the way she does that is through her songs. She cares deeply about the strong positive human connections that music has the ability to create.

“When I sit down and write a song, and I’m like ‘that was the one!’ then I’m reminded of what it’s all about,” Kivett said. “If I wrote this, maybe someone else can relate to it, and that just makes my day.”

To listen to Myra's latest music, you can visit her website here.

Sahar Abdullah (she/her) is a senior at IUPUI, majoring in Biomedical Informatics with minors in Literature and Chemistry. She is the Culture Editor of The Campus Citizen. 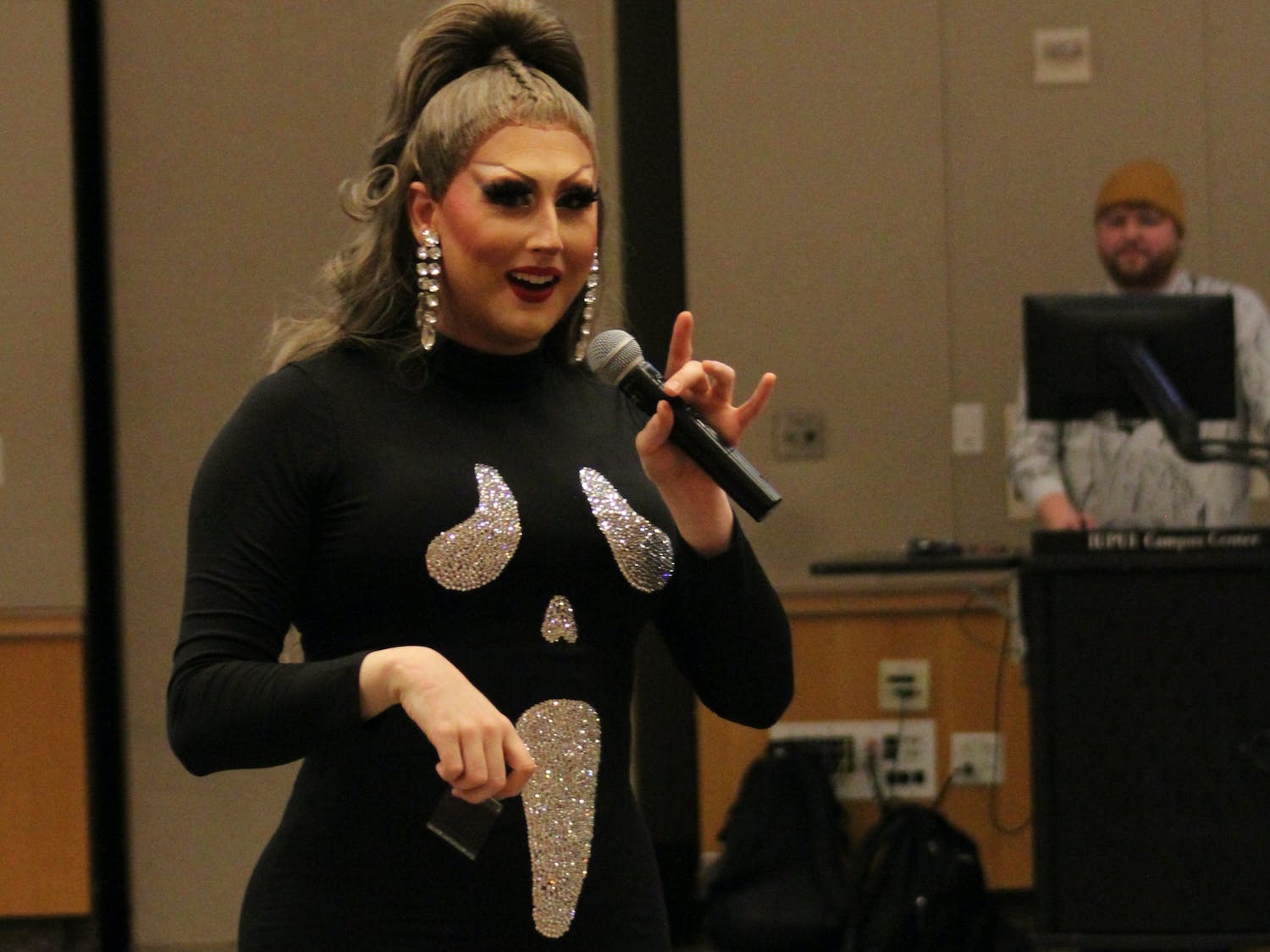 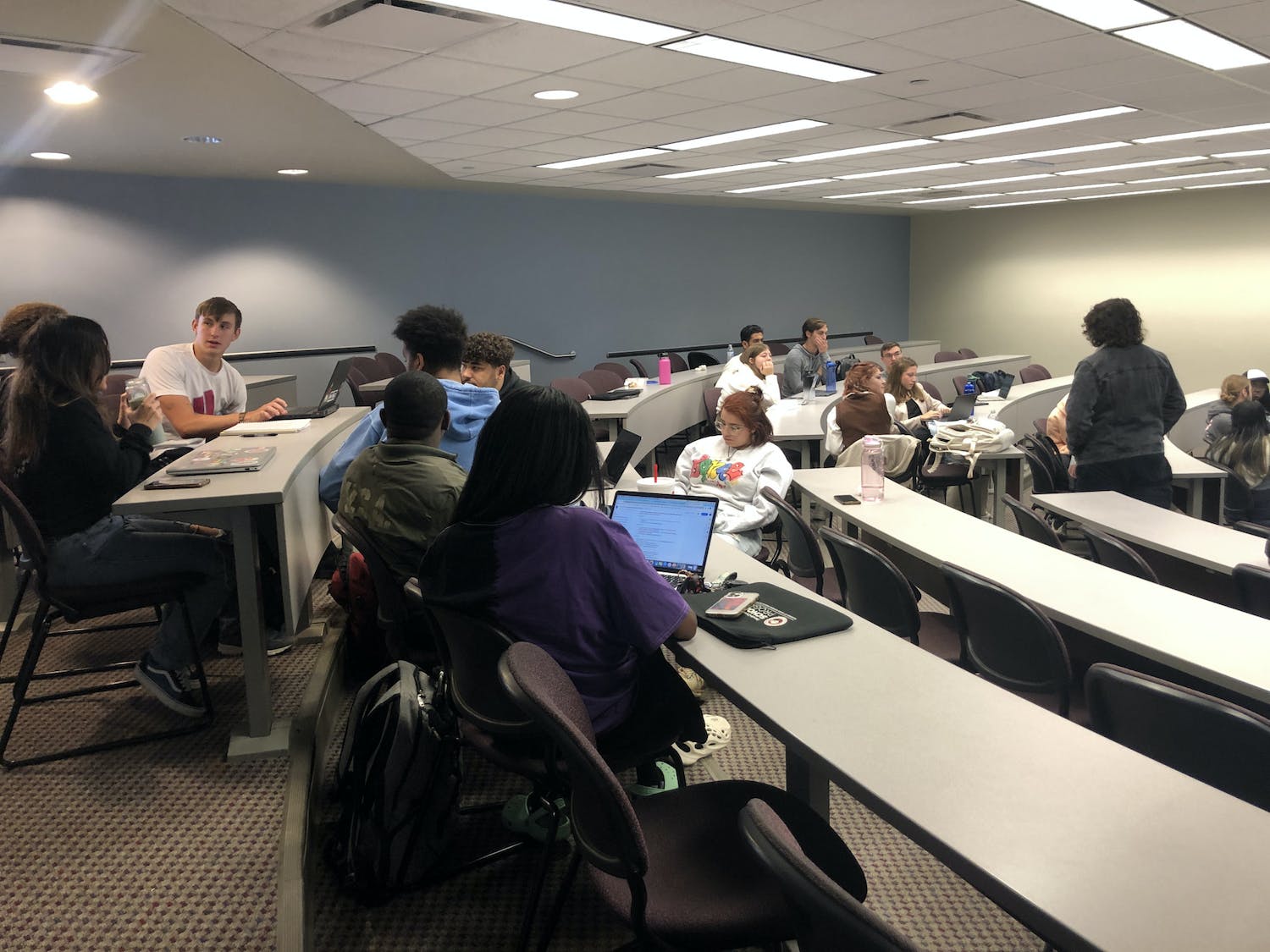 Last Friday, the Undergraduate Student Government (USG) met to discuss ways to improve the student experience at IUPUI. These meetings are held every Friday from 11 a.m. - 1 p.m. in Business/SPEA (BS) 2000 and are open to all IUPUI students. They discussed a number of ideas, from resolving food insecurity to installing pharmacy vending machines on campus.