Día de Muertos is a holiday celebrated on Nov. 1 and 2 that largely originated in Mexico but is celebrated by many of Latino heritage around the world. For this holiday, church members of Christ Church Cathedral, the oldest church building in Indianapolis, and the oldest building on Monument Circle, were invited to bring photographs of family members that have passed to remember them and celebrate their lives.

Common traditions for Día de Muertos include setting up ofrendas to honor and remember those that have passed, also using marigold flowers and calaveras, or sugar skulls. Many also give gifts and share Pan De Muerto, or bread of the dead, with family and friends. A notable difference between Day of the Dead and All Hallow's Day, often regarded as the non-Latino equivalent and celebrated in the Roman Catholic Church and a few Protestant denominations, is that Día de Muertos is considered a joyous occasion to celebrate and pay respect to those that have died, whereas All Hallow's Day generally takes on a more mournful tone.

The church offers a service conducted completely in Spanish on Sundays at 1:00 pm and an online prayer service on Mondays and Fridays at 5:30 pm, in addition to services conducted in English earlier in the day. Bulletins contain a large portion of the service and can be provided in Spanish or English. The service in Spanish combines elements of traditional Episcopalian worship and communion with some Hispanic cultural elements, including in music with the prominent use of the guitar rather than the organ to accompany choral music, and usually hosts a time of fellowship with coffee and cookies afterwards.

They will be having a Día de Muertos mass called Servicio Memorial de los Fieles Difuntos, on Nov. 2 at 7 pm.

Reverend Gray Lesesne is the Dean and Rector of the Church, and Reverend Hipolito Fernandez Reina conducts the Spanish services. For more information about the church, you can use their contact form here.

Jacob Stewart is a junior majoring in neuroscience at IUPUI. He has written for The Campus Citizen since Fall of 2021, taking on the position of campus editor last Spring. The Duolingo bird knows where he lives, so he really needs to practice his Spanish. 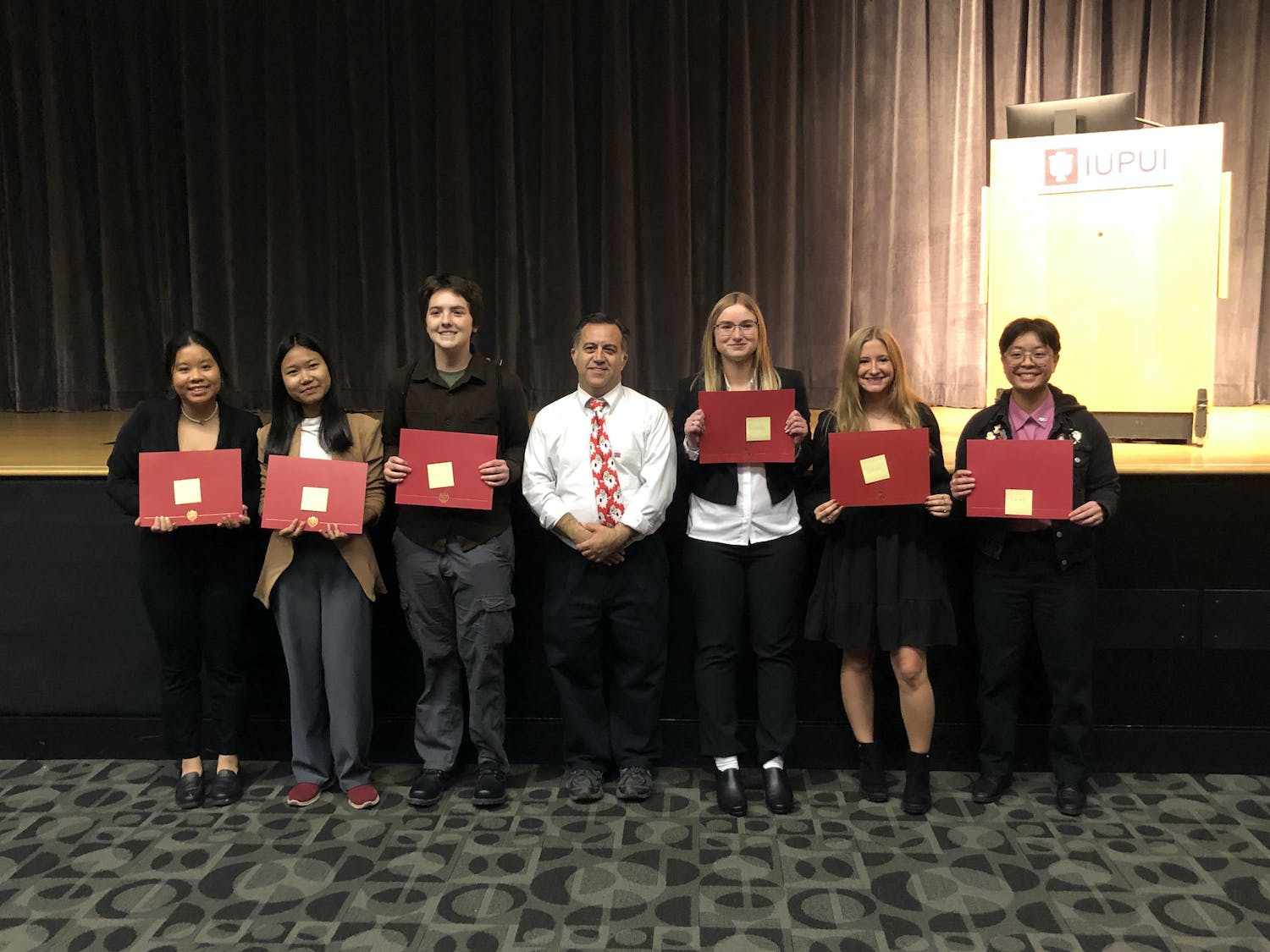 IUPUI hosted their 15th annual Curtis Memorial Oratorical Contest (CMOC) on Dec. 6. This is a contest offered to students currently enrolled in R110. The Contest was founded by Professor Emeritus of Communication Studies, Richard Curtis, and his wife, Beth, to honor the memory of his brothers, Robert and Dana, both of whom were killed in war. This contest offers IUPUI undergraduate students the opportunity to give speeches focused on a commitment to peaceful resolution of conflict.  This year's finalists were Casey Suarez, Tanya Ma, Dakota Jobe, Kennedy McCormack, Blue Schaeffer and Theint New Nyein. Each finalist had the opportunity to give a speech on a topic of their choosing as long as it centered around creating a peaceful resolution to a conflict. All finalists were given scholarships for their participation. The placement for the contest is as follows in descending order: Theint New Nyein ($600), Kennedy McCormack ($500), Blue Shaeffer ($500), Tanya Ma ($400), Casey Suarez ($150) and Dakota Jobe ($100). 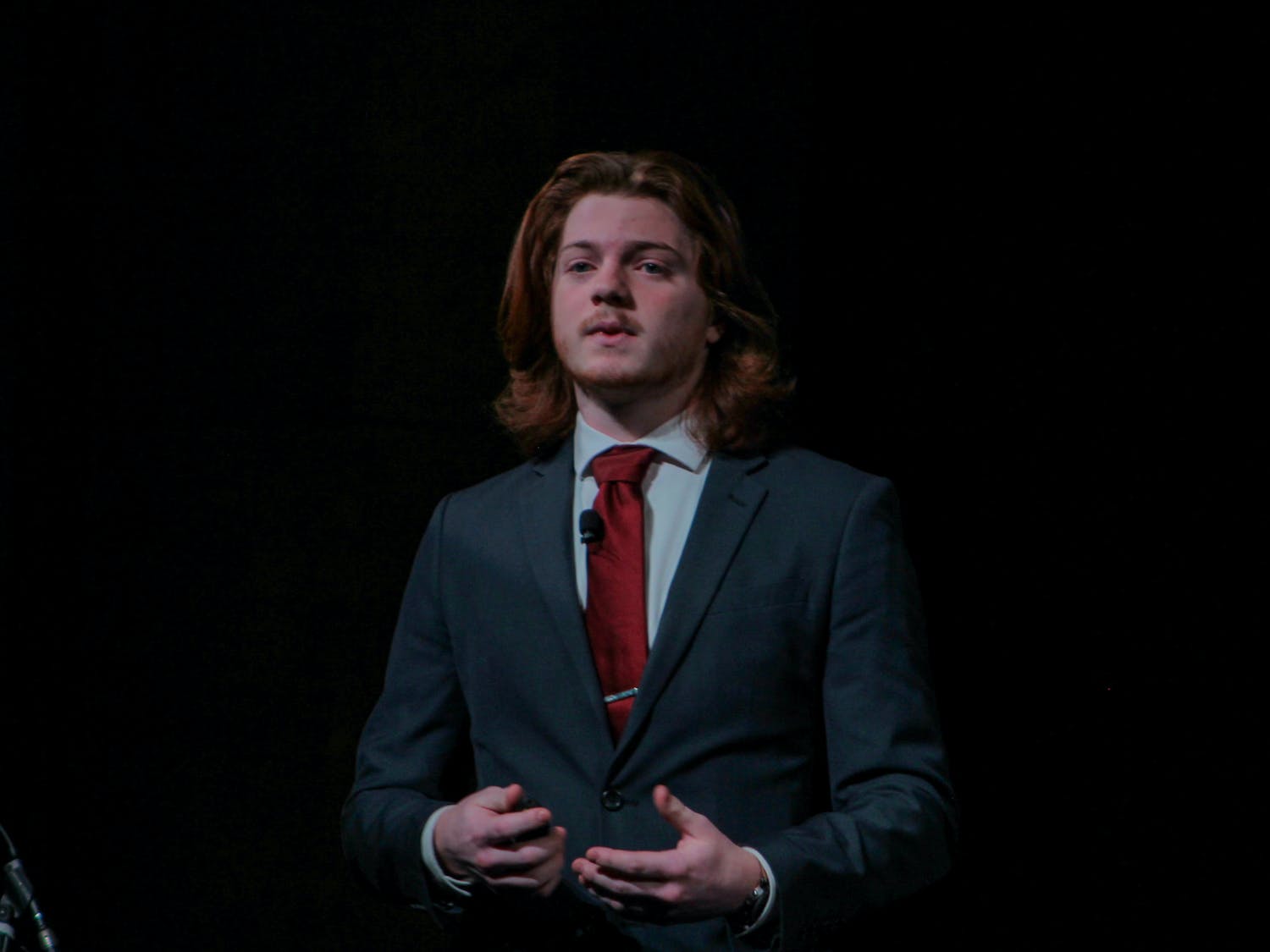 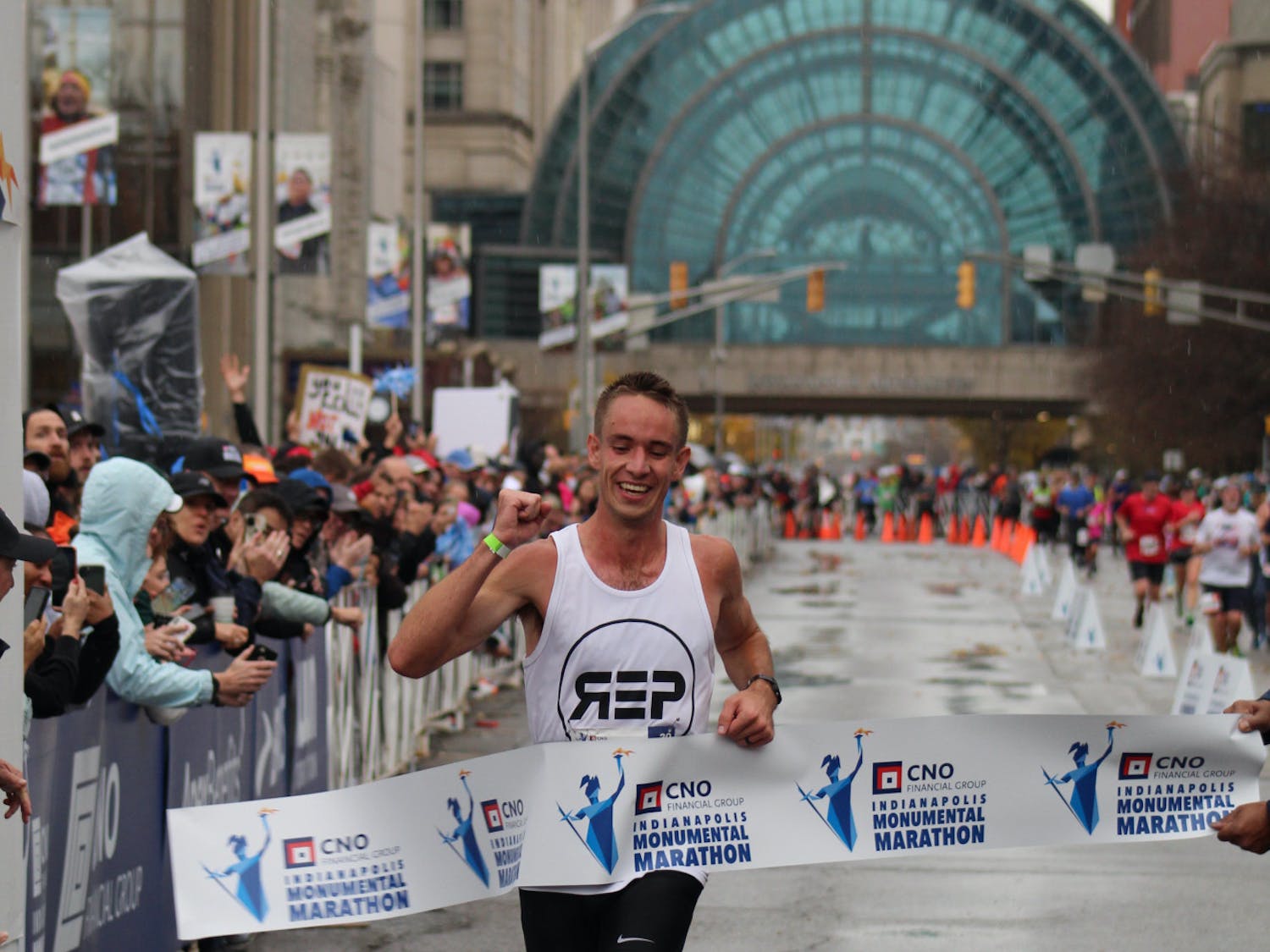