On Monday, a story was published by Politico titled “Supreme Court has voted to overturn abortion rights, draft opinion shows.” This information was leaked to Politico by an insider in the courts offices. A draft is not a final decision, but it is a trial run for the decision that is scheduled to happen in June. This is a huge step backwards in progressive policy for our government.

Within the two days following protests have sprang up across the United States, including Indianapolis. On Wednesday, I attended a protest in Monument Square organized by the Indianapolis Party for Socialism and Liberation. There were a variety of speakers focusing on abortion, class issues, racism, and voiced anger at democrat candidates using the codification of Roe v. Wade into law without ever actually following through.

Fences have also been put up around The Supreme Court building overnight in preparation for possible protests following the leak.

While I agree with many of the issues they touched on, the focus of the protest was abortion, and the significance of the draft decision recently leaked that indicates the Supreme Court will overturn Roe V. Wade.

Now, Roe v. Wade was a Supreme g decision that ruled in favor of Norma McCorvey, a 22 year old woman from Texas who sought an abortion for her third child. A law established in Texas would not allow McCorvey to do this and was overruled by the Supreme Court alleging that this violated her constitutional right to privacy and the law itself was unconstitutionally vague. This cemented the right to abortion in the first trimester of pregnancy for women, federally.

If this decision were to be overturned, States would be left to decide their own laws and conditions for abortion. Many peoples’ fears in red states is that this will lead to heavy restrictions or even an outright ban on abortion.

Personally, I believe this warrants the backlash it has received online and at the recent protests. According to a study by Duke University, in the first year of an outright abortion ban there will be a 7% increase in pregnancy related deaths across all demographics, this will increase to 21% in future years. To illustrate this, in the picture above, protesters hold hangars and have written things like “Never Again” and “You can’t ban abortion, only safe abortion.” You can’t force someone to have a child, even by banning the medical treatment to do so. Overturning Roe v. Wade would only lead to unsafe abortions and more children stuffed into the already struggling foster system in the United States.

While I understand the fundamental christian value that a life is alive from the time that pregnancy is induced, this can’t be forced on the entire population. The United States is supposed to be secular, that means separation of church and state. Doing so, or rather, allowing states to do so by removing federal protection, will lead to deaths. It will also lead to an influx of children whose parents do not want them.

The Pro-Life argument is inherently anti-American. We, as a country, were not founded on religious values, but on freedoms. Freedom’s to life, liberty and the pursuit of happiness. An abortion ban violates all three of these, and establishes the United States as theocratic, and violates the separation of church and state I mentioned earlier.

Despite what Republican leaders want you to think, Pro-Choice is not about killing babies, anyone who thinks otherwise is uneducated and needlessly divisive. Pro-choice is about respecting a woman’s right to choose, and understanding that some situations require hard choices.

To our Pro-Lifers who say there are those who take advantage of this protection, I say, if someone has gotten 12 abortions, they probably shouldn’t have a kid. It’s simple. Who’s going to take care of that kid if it’s followed to term. On the other hand, I understand the compassion argument, I think all policy arguments should be made with that in mind. But, personally, I believe the matter of abortion is too individual. The compassionate path here would be to allow women, and all those with functioning uteruses, to choose based on their decision. The issue of abortion is best summed up into being between “a rock and a hard place” and overturning the Roe V. Wade decision will inevitably cause more harm than good.

If Roe v. Wade is overturned, people will die. At home abortions and self-induced miscarriages will become the norm and women’s rights will forever tarnished. Families will be plunged into poverty with extra mouths to feed. Hundreds of children will end up in the streets or living a life of crime with parents that didn’t want them, and some that frankly shouldn’t have kids. No shame in that, that is what this procedure is there for.

This will hurt everyone. But, if the draft decision is followed through,  it will still hurt women more than anything else, the horrifying days of coat hangers, and other DIY methods will return. At least with Roe v. Wade protection the procedure can be done by a doctor in a safe facility.

While the speeches were being given to the crowd of people, a much smaller group of around 15-25 entered the circle. Pounding on drums and holding signs showing images of bloody fetuses. They tried to force their way onto the platform and yelled chants in an intended counter-protest.

While two groups fought each other, the speakers reigned back a majority of the pro-choice group for the rest of their speakers. The Pro-Life counter protesters continued to circle the group and try to interrupt where they could, many were yelled at and pushed away.

The speakers from The Indianapolis Party for Socialism and Liberation were great. Some got the crowd going more than others, but all seemed passionate about the issues they were there to fight for. Some ideas were more radical than others, but many liberal policies were touched upon during the speeches. The highlight of the event though, was abortion, and the Indianapolis PSL did a good job of rallying the crowd for that cause.

A word of caution though, the argument could be made that using a protest organized on the specific matter of abortion to preach political policies and highlight the need “for a third party” seems to already tip-toe the line of using public outrage over real life-changing issues for political gain. The very thing the speakers were quick to denounce when speaking of the Democratic Party’s tendency to run on the promise of codifying Roe V. Wade into law. This could be used to further delegitimize the cause protesters showed up for. While I praise the passion of the event's organizers, and I agree the issues they were touching on were important; I think that letting these issues too much into the stage makes it more of a political rally for the Indianapolis PSL than a protest. Still, you don’t see Democrats or Republicans getting in front of people like that, and above all else they were advocating compassion for women, minorities, and LGBTQ communities, and like I said before, compassion should be at the heart of all our policies.

Nonetheless, the organizers made hundreds of black and yellow signs for protesters, and gave passionate and inflamed speeches on behalf of abortion and other issues plaguing Congress today.

The renewed battle for Roe v. Wade and abortion rights for women is just starting, and there is likely much more to come, as evidenced by rumors of a second Indianapolis protest scheduled for May 15th circulating online. The decision is scheduled in June. Large chain fences have been erected around the Supreme Court. Ruth Bader Ginsburg is rolling in her grave, but we will not go back! 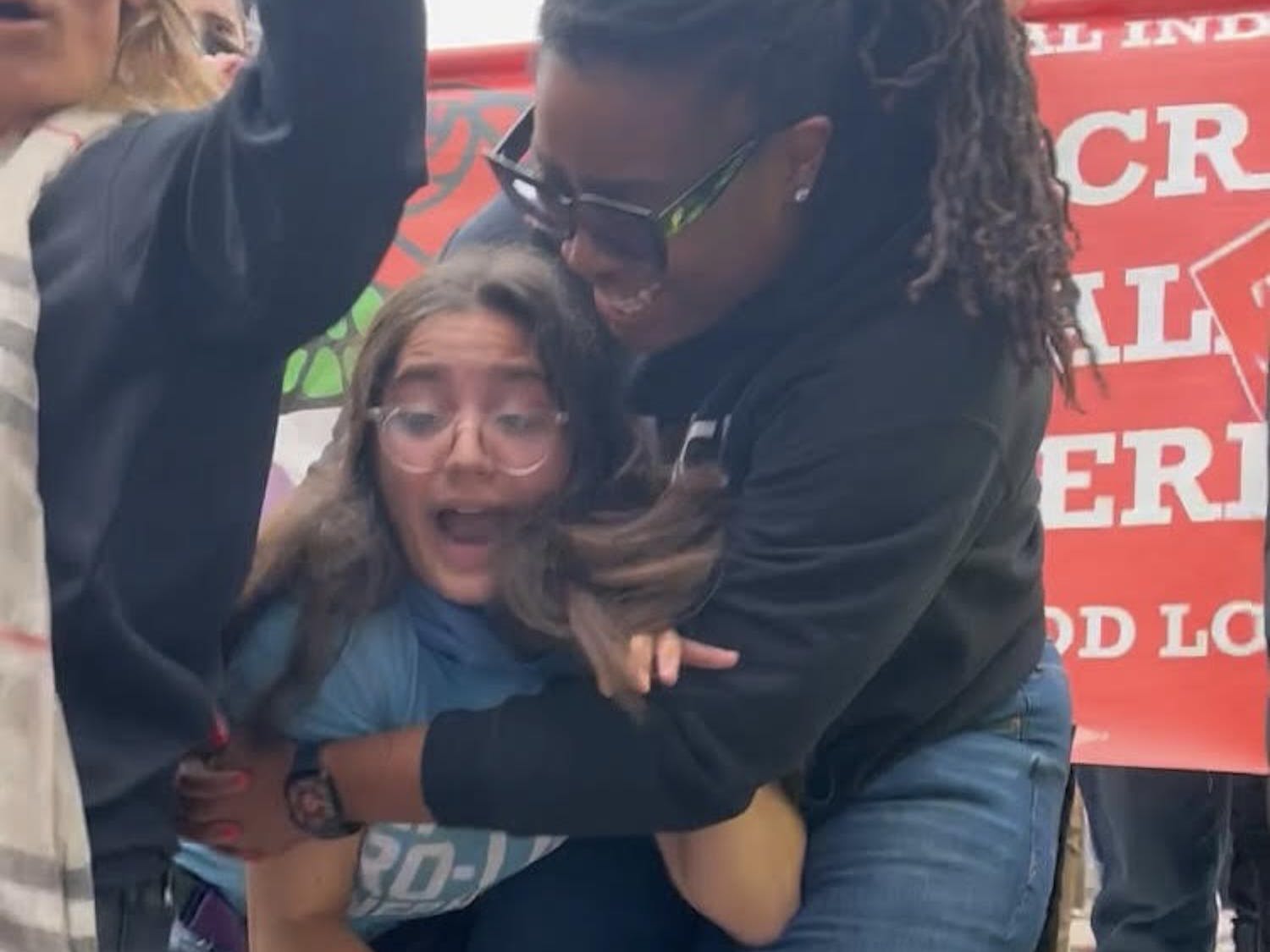 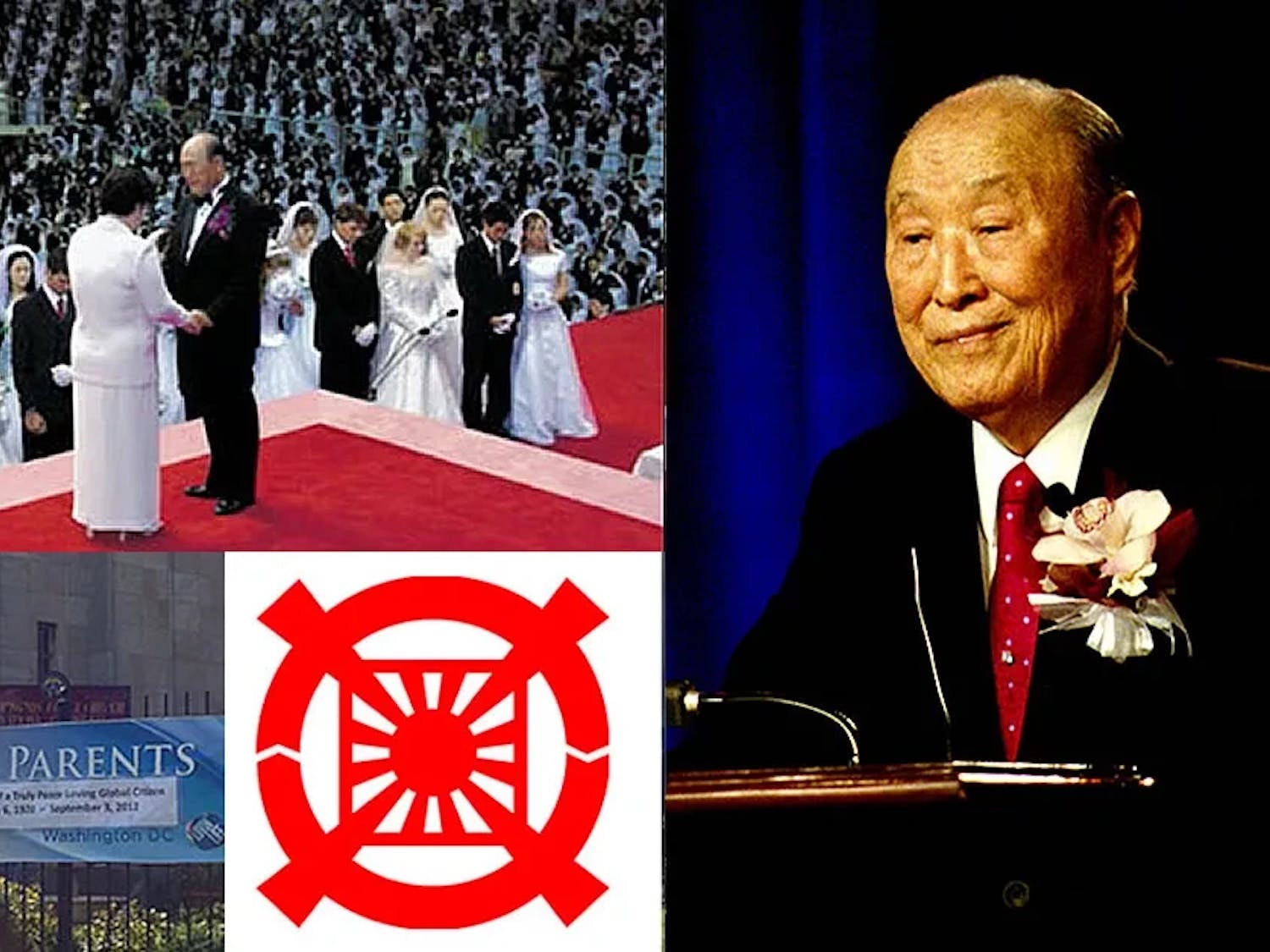